Home › DevOps › DevOps: What It Is and Why It Matters

DevOps: What It Is and Why It Matters 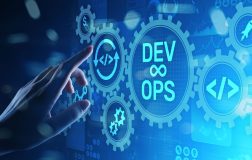 Most organizations with separate development and operations teams have experienced the frustrations that come with it. Both teams have their own methodologies and procedures, and occasionally these teams clash during design and change control requests. DevOps brings several benefits to large organizations including automation, more rapid code testing and deployments, and the benefit of combining operations with developers to streamline the entire change control and promotion process. If you’ve explored the possibility of a DevOps team, here are some reasons why the upfront investment is worth the effort.

With DevOps, the two teams are combined and work together usually under the Agile methodology of code delivery and integration. The key difference with DevOps versus traditional IT is that much of code testing and deployment is automated. Some human interaction and testing are still needed, but organizations with several developers and code changes can more rapidly test and deploy using automation tools rather than wait for scheduled updates, which usually occur monthly. Organizations can reduce testing and deployment times to just a few hours with the right DevOps team and automation tools.

DevOps is more than just procedural changes. DevOps is a mindset and cultural change within an organization. Instead of siloed operations versus development teams, DevOps brings the two together and creates one team that works towards more efficient and rapid code deployment.

Advantages of Building a DevOps Team

Before getting into what makes a good DevOps team, most organizations want to know the benefits of changing current practices. Building DevOps and changing IT culture requires an enormous amount of planning and designing new procedures to replace current ones.

As we said, DevOps is a cultural change and many of the tools used to manage development are different than traditional solutions in operations and software programming. Whether the organization decides to build a DevOps team from existing employees or hire new resources, the automation process will be introduced into existing procedures. Automation will take a lot of overhead away from both teams and free up resources so that they can be used for other tasks. Using automation, developers have more time to code and operations staff have more time to deal with other network issues.

When building a DevOps team, expect to have the following solutions added to the development pipeline:

Misconceptions about DevOps and What It Can Do

As anyone should guess, DevOps is not a magic cure that will solve all problems across the environment. The success of a DevOps team is dependent on the people who comprise the team, the procedures put in place to organize and manage solutions, and the automation tools used to test and deploy. DevOps does not take over all responsibility within development, but it solves many of the human errors introduced by manual deployments and testing.

Where DevOps Helps the Most

Most developers are used to the daily grind of design, code, test, deployment to staging, quality assurance (QA) testing, and promotion to production. DevOps automation tools specifically improve testing and deployment to both staging and production.

The ways DevOps helps the most in any organization with software development: