The easiest way for Android users to get their short videos posted directly to Facebook!

Features:
– Ivy Instant Video for Facebook has been tested on dozens of Android devices
– “Settings” feature allows users to specify their Facebook account for video posts
– See it, record it, share it. That’s it! 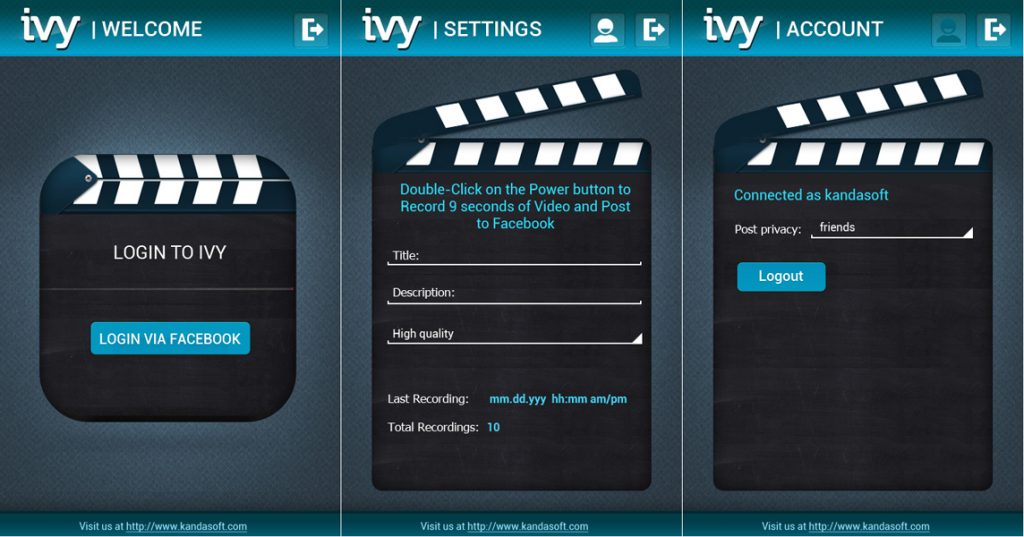