Chat with us, powered by LiveChat
Home › News › How Kanda Rallied Behind RallyPoint

How Kanda Rallied Behind RallyPoint

RallyPoint’s founders turned to Kanda Software when they needed a product development partner to create a dedicated social network for the U.S. military.

Yinon Weiss was born in Israel, grew up in Palo Alto and attended U.C. Berkeley with dreams of becoming an engineer like his father and older brother. The trajectory of his life and career changed when he inquired about joining the U.S. armed services. He served 10 years, including two tours in Iraq, and earned his title of Captain, Special Forces in the U.S. Army.

On one of his tours he met a young man, Aaron Kletzing, in a remote combat outpost northwest of Baghdad. It was 2008. Aaron, a West Point Academy graduate who served 5 years in the US Army, didn’t know that their paths would cross again four years later at Harvard Business School – where the idea for RallyPoint was born.

Over the years, they both saw how the bonds between military personnel were strong and different from those on Facebook and LinkedIn. They also knew that the types of interactions and security requirements were quite unique for the profession. And, they saw the difficult transitions that many soldiers faced moving from service to civilian life and from job to job within the military.

They decided to create a platform to address all of these needs. So they gave themselves a new mission and incubated RallyPoint at the Harvard Business School Innovation Lab in 2012. 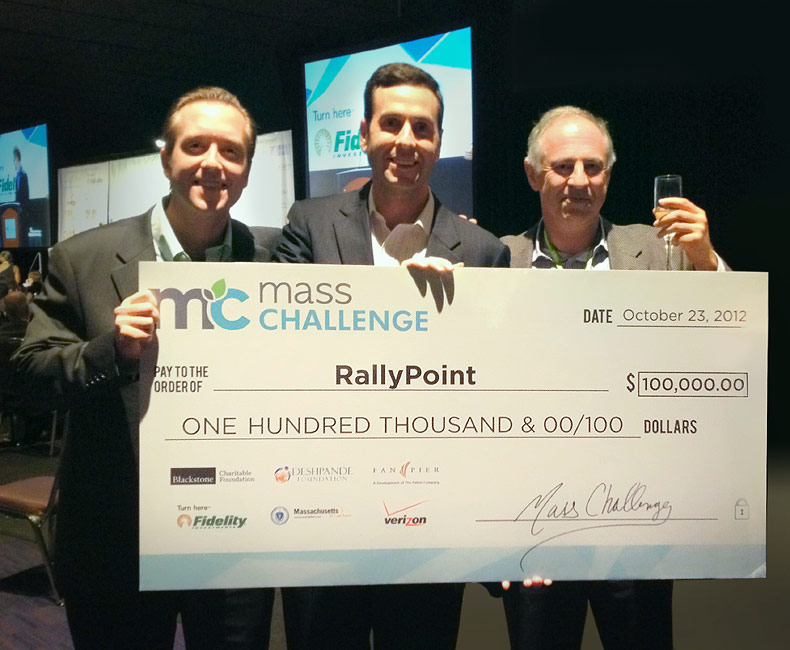 With some financial backing, Yinon and Aaron needed to quickly get their development effort underway. They started out working with an offshore firm based in India but in six months became frustrated with the people, process, and quality of the work. That’s when they turned to Kanda, and started over.

Kanda’s team consisting of business analysts, user experience experts, architects, and developers collaborated with Yinon and Aaron to successfully create the product they imagined. Yinon spent two weeks in Minsk working with Kanda’s BA to define the MVP (Minimal Viable Product). He later referred to Kanda’s BA as “fearless” which is quite a compliment from a Special Forces veteran – she asked questions and offered alternatives that clarified many important features of the fledgling RallyPoint.

Right before their eyes RallyPoint became a functioning and active social network. Within four months of starting, Kanda produced an invitation-only beta. Shortly after that RallyPoint won the top Diamond prize and $100,000 at the MassChallenge beating out over 1,300 other ventures from all over the world.

Prior to RallyPoint, there was a centralized human resources process that officers would have to go through just to learn about potential new locations and assignments. RallyPoint forever changed this bureaucratic, time-consuming process. And, when it was time to leave the military, RallyPoint paved the way for officers to connect with private sector jobs. Companies lined up to use RallyPoint to hire vets, including Amazon, Bloomberg, General Electric GE, DuPont, Lockheed-Martin and Lexmark.

RallyPoint in 2017
Today, RallyPoint boasts over 1 million users – active and former members of the U.S. military who connect with one another about career opportunities and personal matters. Their advisory board includes two former Chiefs of Staff as well as many other impressive military and business leaders.

Yinon and Aaron have moved onto other exciting ventures, and the business is now thriving under the leadership of current CEO, Dave Gowel, a West Point graduate who served two tours in Europe during which he was deployed in support of Operation Iraqi Freedom.

In July 2017 RallyPoint announced that Bob McDonald a former Secretary Of Veteran’s Affairs and current P&G CEO has joined its board of directors.

Kanda assembled the right team of people to not just develop software, but to flesh out the vision to create a thriving community and high-value network for the men and women who put their lives on the line for their country.

We continue to work with RallyPoint’s growing in-house technical team to mutual benefit and satisfaction and expect to retain and grow this partnership for the foreseeable future. We are honored to be a partner in what has become an active social network built on the foundation of deep trust that is making a true difference in day-to-day lives and impacting life-altering decisions for many members of the U.S. military community.