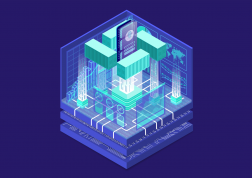 Containerization is quickly becoming a preferred way to develop applications. Using this technology has given developers the ability to turn a monolithic codebase into functional parts, giving them the ability to more rapidly deploy new code, test it, and keep it segregated from other application parts. The idea is that a container contains code that runs a specific application function, so if it fails or needs updates, only a portion of the application is affected. Using containers to deploy code has numerous benefits, but adding continuous integration and continuous delivery into the development lifecycle adds even more benefits especially in a fast-paced environment where features must be deployed rapidly.

Continuous integration (CI) is the simplest way to begin automation of the development lifecycle. In a traditional environment, developers change code, commit the code to a repository, and test it later. With CI, the developer’s code is automatically built and tested (your organization can still work with manual testing in addition to automated testing). By adding this simple automation step, developers know if their code is responsible for the code breaking and can fix it quickly before it goes to staging or production.

CI works with monolithic codebases too, but it has several additional benefits when it’s used in combination with container code. Some benefits of CI include:

Continuous delivery (CD) is also automation but it’s injected in a different step in the development lifecycle. CD takes away much of the manual deployment time and does it for you. You can take it a step further and add automation to deployment from staging to production. With a delivery model, one of the developers still must click a button or interfere with the process and trigger automation to upload code. In a continuous deployment model, automation completely takes over and deploys code from testing, staging and then to production.

When you’re working with automation and containers, you’ll run into Kubernetes. Kubernetes is the standard in development deployment for containers. Kubernetes is referred to as an “orchestration” tool, which is basically another name for CI/CD automation. It will orchestrate the continuous delivery of containers including configurations, images, and the applications that load within nodes.

Kubernetes fits in with CI/CD as a primary tool for container automation. With Kubernetes, developers can:

Note the third benefit. Containers work in clusters where you can provision a number of nodes specific to the amount of resources necessary to run the application. The major cloud providers such as Google and Amazon have services that will optimize container usage so that resources aren’t wasted. It’s possible to spend more money using containerized services than using virtual machines if your resources aren’t properly configured and optimized.

It’s important to note that Kubernetes and Docker are not the same terms. When developers first get into containerization, it’s common for them to get the two terms confused. Docker is the company that made containers popular. It’s a technology for deploying containers and building files (Dockerfile) that determine the way the container image is created. Kubernetes is the CI/CD orchestration tool to automate deployment of containers.

Like Jenkins for standard software continuous integration and delivery, Kubernetes is the automation tool that will speed up deployment of software projects and allows developers to automate much of the manual processes during promotion to production. Containers bring several benefits to the development lifecycle, but CI/CD tools such as Kubernetes is what speeds up development.

Whether you use containers in your development lifecycle or stick with virtual machines and traditional architecture, CI/CD speeds up deployments and reduces the number of bugs introduced to production. It’s core to your automation strategy when containers run critical applications that must maintain 100% uptime.

If you need help with Application Containerization or DevOps Services, check out Kanda’s related services.